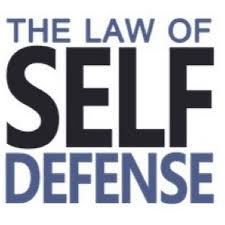 Self defense has always been important and it still is today. There are many different ways to practice self defense and probably the best is the most obvious. Pay attention to your surroundings. Nothing stresses the importance of self defense like the complete randomness of many attacks.

Pay attention to your surroundings and what the people around you are doing. Be alert and know different types of self defense and self defense training in a way you are comfortable.

If you want to focus on self defense weapons, especially non lethal and easy to use weapons check out my blog on Best Stun Gun for 2018.

A stun gun or high voltage stun gun if you prefer (sounds more dangerous) is a good non-lethal weapon that requires limited training. There are a number of good stun guns which we reviewed for you in Best Stun Gun for 2018 and I would highly recommend you taking the time to read it.

There are many different types of stun guns such as a stun gun Taser, a cell phone stun gun, a mini stun gun, a flash light stun gun and a rechargeable stun gun. The different choices are highly dependent on what other uses you might have for the stun gun, type of batteries you prefer and concealability.

not overly threatening if you are a person who is uneasy around weapons. Because of their smaller size, they sometimes do not have the voltage of their larger cousins.

gun. If designed well they can both also be used as a small club should the need arise. The flashlight stun gun also has (as its name implies) the ability to be used for another function. Such as a flashlight. Even some of the smaller stun guns might have a small LED light if duel function is important to you but you do not want a bigger stun gun.

Battery choice can also be important. A rechargeable battery can be convenient as long as you remember to keep it recharged. Especially if you are playing with it a lot. Not that we recommend that but we know how it is. Sometimes you just like to hear the stun gun arc. Replaceable battery stun guns give you the option to keep replacement batteries with you, but you still have to remember to replace them. This also means you have to remember to check the charge, which applies to both types of batteries.

Lastly we have the stun gun Taser. The difference when we are speaking of a Taser v/s as stun gun is a

stun gun is a contact weapon. Meaning you have to touch the target. With a Taser type unit is will shoot out prongs which impact the target at a distance. The contact stun guns can be a little easier to conceal and are typically cheaper, but if you want to ‘reach out and touch someone’ go with the Taser variety.

Again, check out our blog Best Stun Gun for 2018 for more information, reviews and pricing.