We all like to go fast, right? Even if it is by accident or just trying to stay in the flow of the traffic, that is why know what the best rated radar detectors are. We took the time to review 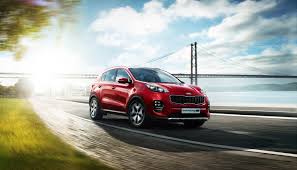 At first we were going to make a top 5 radar detector review but decided to just start looking at the radar detectors out there and see which ones met our requirements.

Just in case you need to know, we do not encourage speeding or breaking the law. That first paragraph was just an attention getter. We know the real reason you would want a top radar detector is just so you will know when a police officer uses a speed gun on you so you can verify your speed yourself. You just want to be able to protect yourself and have the right to know when someone is shooting radar or laser beams at you.

Make sure a radar detector is legal in your state or the states you will be driving through. Radar 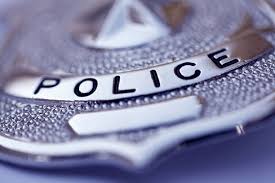 detectors are illegal in commercial vehicles. According to our research, Virginia is the only state that has made radar detectors illegal. This can change so make sure you do your own research.

A radar detector helps remind you to watch your speed and correct your driving behavior. It also lets you know where speed traps are located. No one likes speed traps, especially if they are designed to take advantage of a sudden or unclear speed reduction.

No speeding was done to compile these radar detector ratings, probably, maybe…perhaps not anyway.

What types of features make a top radar detector?

There are a couple of different types of radar detectors out there which we did not specifically consider these differences during our review. You can choose between the standard corded radar detector, a cordless radar detector and a remote mount radar detector.

The corded typically mounts on your windshield and is probably the type of radar detector you are most familiar with. Cordless offers more convenience as it is more portable and you can put it more places but you need to make sure you keep it charged. You could but a cordless one and just keep it charged, which is what I usually end up doing.

How much you are going to pay for your new car radar detector depends a lot on how big it is and what features you want. The more features and the smaller the unit the more it is going to cost typically.

The Radenso XP is the quietest radar detector available in the world. Top-flight sensitivity delivers radar alerts up to several miles away, while best-in-class blind spot monitor/traffic monitor filtering prevents false alerts. GPS Lockout capability lets the Radenso XP remember common false alerts along your regularly driven routes so you never have to listen to the same false alert twice. Additional features include automatic muting below a user-selectable speed, automatic sensitivity adjustment based on current speed, and a built in red light and speed camera database with lifetime free updates.

The Cobra RAD 350 keeps drivers aware of their surroundings while protecting them against all radar and laser guns used today. Its Anti-Falsing Circuitry &amp; In-Vehicle Technology (IVT) Filter not only reduces false alerts from blind spot systems and traffic flow monitoring devices, but also eliminates erroneous alerts from sources like collision avoidance systems, so users hear just what they need to hear. 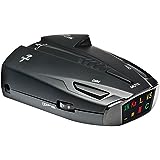 The ESD 7570 is an affordable radar/laser detector with reliable and proven performance. The unit detects all radar frequencies and laser signals currently used in United States and Canada, and comes with an UltraBright Data Display, City/Highway modes, and more. 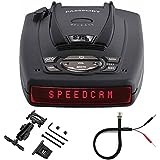 The result is the best radar performance when you need it AutoLearn Intelligence Our AutoLearn feature uses artificial intelligence to automatically “learn” (by exact location and frequency) each radar signal and determines if its a real threat.

Having more than 12-times the capture distance of a police radar gun, the Uniden R1 provides performance exceeding the range of Escort’s top performing radar detectors for considerably less money and along with the Uniden R3, is currently the most sensitive detector we’ve ever tested

Check out our BEST OF PRODUCTS reviews.

Driving fast is not a crime…well it could be depending on the speed limit. But, we digress. The point is if you have one of the top rated radar detectors you will at least know when you are being target by law enforcement.